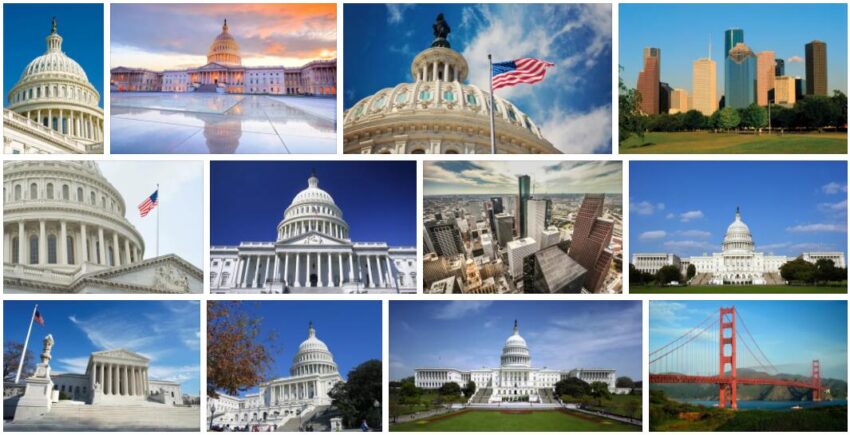 North America has a share in all of the world’s major climates. The continent ranges from the polar climate on the islands in northern Canada to the tropics on the southern tip of Florida (Fig. 11). The already large climate opposites are reinforced by the fact that, in addition to the geographical latitude, other factors influence the climate in North America. These factors include peculiarities of the surface shape of the continent and ocean currents, which each cause characteristic climatic phenomena: The large relief of North America is arranged meridional. In contrast to Europe, there are no mountains crossing the continent.

As a result, an unhindered exchange of cold polar air and warm tropical air can take place between the Rocky Mountains and Appalachian Mountains, which causes abrupt weather and temperature changes in all seasons. In summer, moist, warm tropical air penetrating far north often leads from the Gulf of Mexico (Southers) to Canada, causing great humidity and violent thunderstorms.

Conversely, the south is often haunted by cold air from subarctic latitudes, which can cause serious damage to agriculture.

Arctic cold air waves, the Northers, with violent blizzards called blizzards often endanger the citrus plantations in Florida and the Gulf Coast in winter. Or they paralyze road traffic in big cities for days.

If the opposing air masses meet, violent turbulence occurs at their interfaces. Then there are strong thunderstorms with torrential rainfall that can put entire regions under water.
In extreme cases, tornadoes also occur. These are funnel-shaped, proboscis-like air vortices with a diameter of only about 200 m, which, leaving at great speed, leave a trail of devastation.

An average of 700 of these extra-tropical hurricanes occur annually in a broad area of the United States between Texas in the south and the Great Lakes in the north. This area is therefore also known as the “tornado belt”.

Tropical cyclones also occur annually between June and September. They arise above all in the warm Caribbean Sea and devastate the coasts of Florida and the Gulf of Mexico. At 500 to 800 km, these hurricanes are much larger in diameter than the tornadoes. They are comparable to the typhoons of East Asia and the tropical cyclones of South Asia in their destructive power, wind speeds of up to more than 200 km per hour, tidal waves and floods due to heavy rain.

As in Europe, large areas of North America lie in the western wind belt of the temperate latitudes. In contrast to the Atlantic air, which penetrates far into the continent in Europe, the humid Pacific air in North America soon encounters the mountain barriers in the west.

The resulting congestion effect means that only the western side of the mountains receives rich rainfall. The basins and plateaus in the lee, on the other hand, are very dry and have a semi-desert and desert-like character.

The steppe-like Great Plains in the rain shadow east of the Rocky Mountains are also low in precipitation.

The Great Plains runs along 98 ° w. L. also the so-called dry limit. This separates the drier western half of the continent (apart from the Pacific coast) from the drier eastern half, which is influenced by air masses from the Gulf of Mexico and the Atlantic.

Two very different ocean currents affect the Pacific and Atlantic coastal areas in the north and in the middle of the continent.

The Pacific coast of Alaska and Canada provides the Kuro Schio drift, which is similar to the warm Gulf Stream and comes from the Asian region of the Pacific.

In contrast, the Labrador Current leads cold water masses from the Arctic Ocean far south. The effects are particularly severe in winter: The east coast of the USA is hit by snowstorms and extreme cold periods, even in the central regions. For example, New York lies on the latitude of Naples (40 ° N.B.), but the city’s January mean temperature is almost 10 °C lower.

The 16 overseas territories of Central America are:

For full list of countries in North and Central America, check out Countryaah. 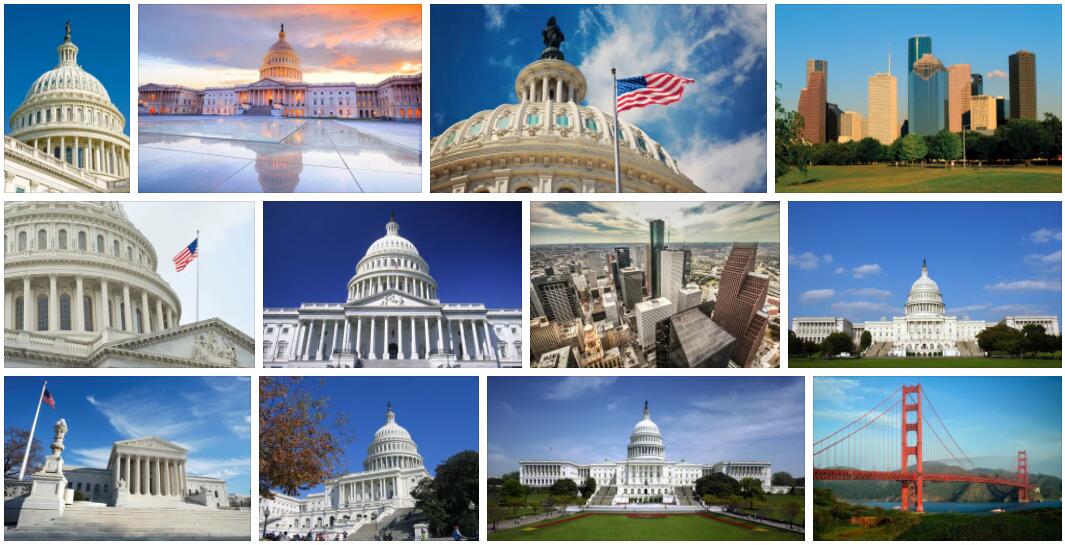