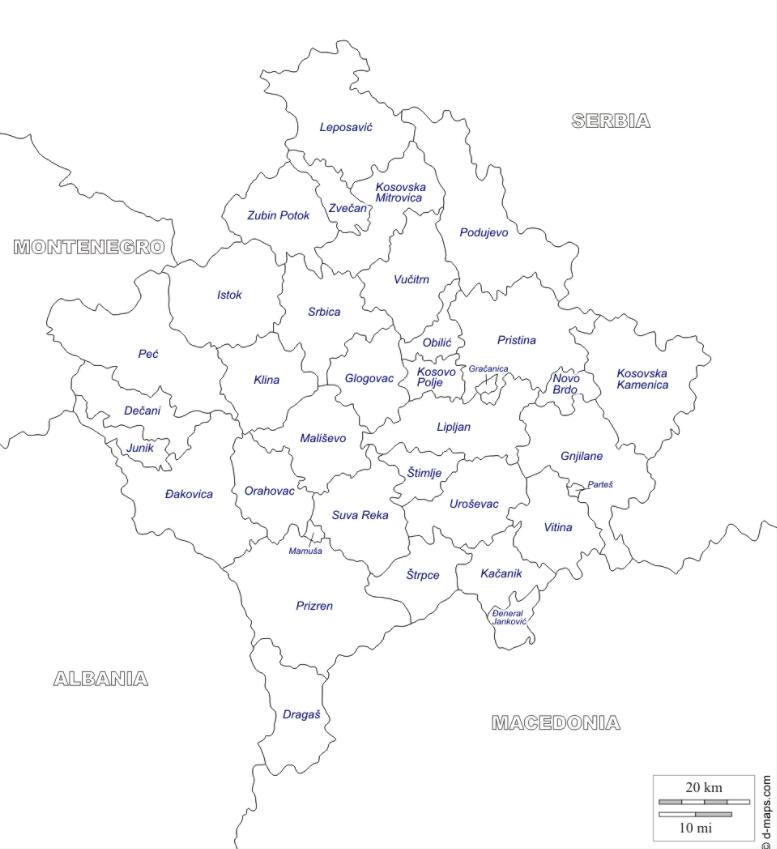 The international support for Kosovo’s path to independence in 2008 was the result of the continuity of Serbia’s Kosovo policy even after the fall of the Milošević regime and the takeover of government by the democratic opposition, i.e. a policy of denial of reality, which on the one hand insisted that Kosovo was part of the Serbian State, but on the other hand could not offer any political concepts for the integration of the Albanian majority population. This unrealistic policy continued even after independence was proclaimed. Serbia refused to recognize the young state and prepared an international law suit before the International Court of Justice. Kosovo was in fact ethnically divided, the predominantly Serbian northern Kosovo, the area north of the Ibar River with the divided city of Mitrovica remained de facto under Belgrade’s control. A lawless area, controlled and influenced by the Serbian government and the nationalist opposition parties, arose there, in which neither the authorities of independent Kosovo nor the EU rule of law mission EULEX had access, and the Kosovo Serbs there only accepted UNMIK as an international actor. In the predominantly Serbian communities in the south, a process of integration into the Kosovar state began, although there, too, essential Serbian institutions (health and education, parallel municipal administrations) were retained. Thus, the Republic of Kosovo only had incomplete control over the state territory and its external borders, while at the same time there was no bilateral relationship with Serbia. This state of affairs continued for several years because the Belgrade government of President Boris Tadić pursued an unrealistic policy of “EU and Kosovo” towards the EU, and the European Union in its political division – 5 member states had refused to accept the recognition policy – remained passive instead withdrew to the unsubstantiated hope of recognition of political realities in Belgrade.

“Russian” train, Serbian threats of war and the murder of Oliver Ivanović

According to NEOVIDEOGAMES, at the beginning of 2017, the crisis-ridden dialogue between Serbia and Kosovo almost resulted in a violent escalation. On January 14th, the Serbian government unilaterally planned to reopen the train route between the capital Belgrade and the city of North Mitrovica in northern Kosovo. The journey of the train bought in Russia turned into a political provocation: the outside of the train was painted with the Serbian national colors and the words “Kosovo is Serbia” in 21 languages. After the Kosovar government sent a unit of the special police to the northern border of the country, the Serbian government stopped the journey at the last station before the border and justified its decision by saying that the special police had mined the rails – an accusation made by the Kosovar government rejected. In a subsequent meeting of the National Security Council of Serbia, President Nikolić threatened to use the army to protect the Serb minority in Kosovo. At a meeting of the heads of state and government of the two countries in Brussels at the end of January, they committed themselves to de-escalation in the presence of the EU’s foreign representatives.

On October 16, 2018, the Kosovar opposition politician Oliver Ivanović became shot in broad daylight in North Mitrovica in front of the office of his SDP party. Ivanović was the most respected Serbian opposition politician in Kosovo who had tried for many years to mediate between Kosovar Serbs and Kosovar Albanians, Kosovo and Serbia. He had achieved a respectable success as a candidate for mayor in North Mitrovica in the Kosovar local elections in 2017. However, his candidacy against the Belgrade candidate earned him a smear campaign by the pro-government media in Serbia. His assassination, which remains unsolved to this day, drew regional and international attention to the role that Serbia, the Serbian government, began to play in the 10 Serbian-majority communities in Kosovo, especially the 4 in the north, as a result of the political dialogue. The decision of the international community in 2013 to allow the establishment of a Kosovar unitary party, the Serbian List (SL), under the direct control of Belgrade, with the aim of enabling the Serbian government to implement the April Agreement and integrate the Serbs in the north into the Kosovar state, had unplanned effects as a result of the subsequent crisis of the dialogue: Over the years the SL established a de facto one-party system. She holds all 10 mayor’s posts, the majority in all 10 municipal parliaments and since 2019 all 10 seats reserved for the Serbian minority in the parliament of Kosovo, and since 2014 she has also been a member of the Kosovar government with her minority representatives. Politically, this regime is based on the support of Belgrade on an established patronage system, which is based on the control over the jobs in the local administrations in the 10 municipalities, both under the umbrella of the Kosovar state and those of the still existing parallel municipalities of Serbia is based. The economic existence of the majority of the Serb minority in Kosovo depends on these jobs, which are allocated according to the party book. Before his death, Ivanović had pointed out that the ruling elites such as the police in the north were closely related to the organized crime in northern Kosovo, which was going through Milan Radoičić, who in turn are intertwined with the regime in Serbia. Radoičić, who fled to Serbia in 2019, is suspected and wanted by the Kosovar authorities as the mastermind behind the murder of Ivanović. Previously, in 2018, he had been appointed deputy chairman of the SL and appeared on various occasions in Belgrade in the company of Serbian President Vučić. 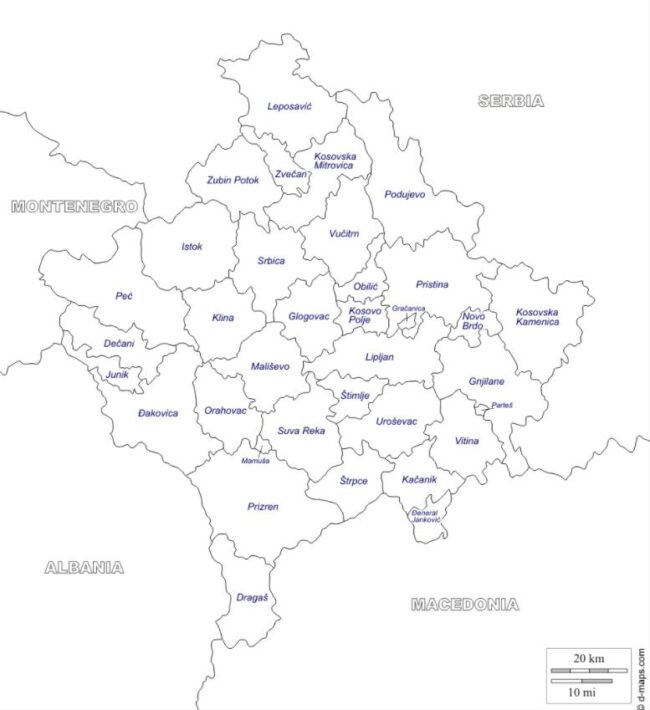