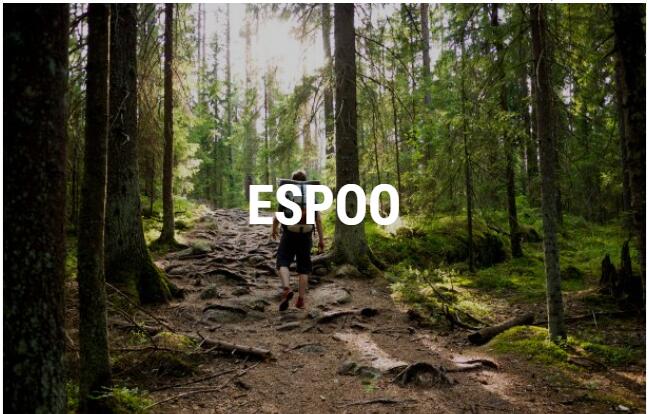 Espoo is a nature destination in the embrace of Helsinki. Active Espoo invites tourists with its cultural sites and outdoor opportunities.

The strengths of Espoo are the short distance from Helsinki, the wonderful Nature Attractions right next to the city and the interesting Cultural offer. You can easily visit the city during your Helsinki holiday, for example, as the distance is at best ten minutes away.

Espoo is suitable for many

Located right next to Helsinki in the Helsinki metropolitan area, Espoo is a great destination for outdoor enthusiasts, as the city offers kilometers of hiking trails, beautiful scenery and a national park with plenty of visitors.

In addition to nature attractions, people travel to Espoo in search of the city’s good shopping and cultural attractions. The short distance to Helsinki makes Espoo a popular travel destination also for visitors to the capital, as a pop in the neighboring city during a city break offers a nice variation for a trip to Helsinki.

In addition to Nuuksio National Park, the most famous sights in Espoo are the Serena Water Park, loved by families with children, Espoo Cathedral and the WeeGee Exhibition Center, which consists of several museums.

Espoo, located right in the armpit of Helsinki, is a great nature destination. 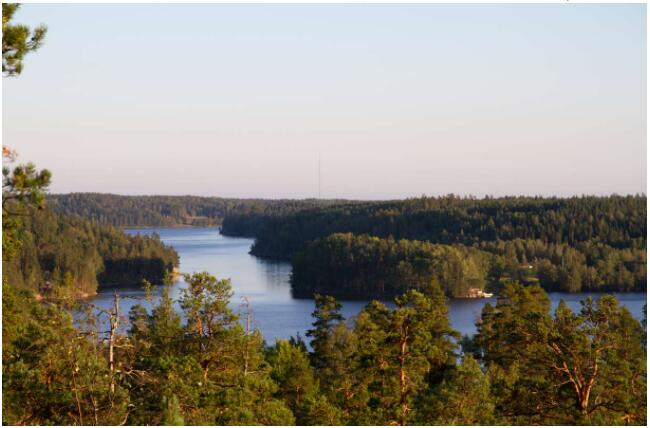 The climate in southern Finland is mild, especially in summer

Espoo is at its best during the summer months, but the city is a great destination all year round. Due to its southern location, Espoo is quite warm compared to, for example, destinations in Northern Finland.

In the summer months, the thermometer rises handsomely over 20 degrees, while in the winter it drops well below zero. The frost can be up to 25 degrees depending on the winter.

Lots of interesting things to do

People traditionally travel to Espoo for shopping, nature trips or cultural tours. The largest shopping malls Sello and Iso Omena offer a good selection of shops, but there are also many other smaller shopping malls and centers in the city. The travel budget can also be wasted, for example, in Espoontori, Shopping Center Ainoa or Shopping Center Enttress.

For outdoor enthusiasts and active holidaymakers, Espoo is a great travel destination, as nature is close to the city. In addition to endless parks and cliffs, Espoo is also worth a visit to Central Park and Nuuksio National Park. The city’s ports are also popular with sailors.

There are many cultural sites in Espoo, the high level of which can surprise the visitor. In addition to the WeeGee exhibition space, which consists of five museums , the art museum established in the studio home of Finnish national artist Akseli Gallen-Kallela in Espoo is also a popular place to visit.

FLIGHTS, ACCOMMODATION AND MOVEMENT IN ESPOO 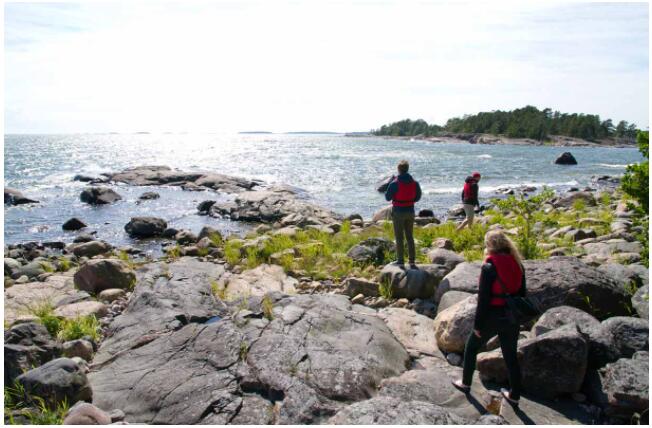 The cliffs are a significant part of the archipelago landscape of Espoo.

The nearest scheduled airport to Espoo is Finland’s main airport, Helsinki-Vantaa Airport in Vantaa. The airport has excellent flight connections all over Finland, which also significantly facilitates tourism in Espoo.

In addition to flights, you can also travel to Espoo by bus and train. Train connections are good, and commuter trains passing through Helsinki Central Station transport passengers to Espoo very quickly. The bus network from Espoo is also comprehensive, although to get to most long-distance buses, you must first travel to Helsinki.

Tourists are pampered with great accommodation options in Espoo, as there are plenty of hotels in the city. The selection includes domestic and international chain hotels, atmospheric privately owned hotels and convenient apartment hotels.

Low-budget travelers should check out the home accommodation options offered by Espoo. There are numerous options for travelers who want to stay in Espoo as cheaply as possible.

Move within the city

Espoo is a widespread city, where not all distances can be folded, which is why it is worth resorting to other transport games. You can easily get around Espoo by bicycle, as the city has an excellent bicycle network.

Public transport also works great in Espoo, and you can easily get from one place to another by bus. Länsimetro is also under construction in Kivenlahti, Espoo, which, when completed, will bring 11 metro stations to the city and enable a fast pass from Espoo directly to the center of Helsinki. The Western Metro is scheduled to be completed by 2020 at the earliest. 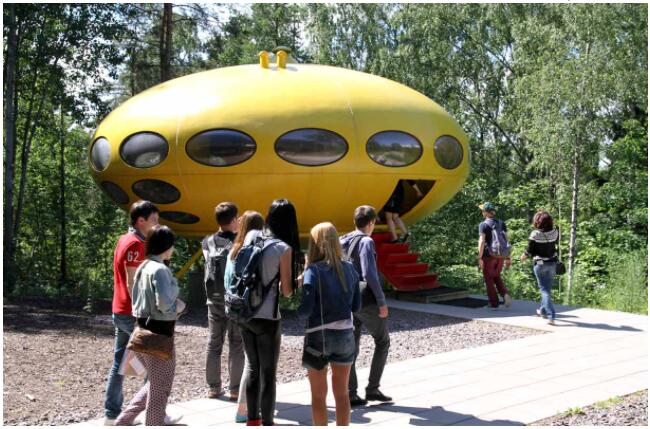 One of the biggest attractions of summer Espoo is the Serena water amusement park . Indoor pools with water slides and heated outdoor pools with wild tracks entertain the wild heads. In addition, children’s pools and sunbathing areas ensure that there is something for everyone in the park.

In winter, Serena has a ski resort with seven slopes and six lifts.

Another of Espoo’s well-known open-air destinations is Nuuksio National Park. There are almost 30 kilometers of marked hiking trails, and as short walks as night or even weekend hiking trips are possible.

In the park area you can stay in your own tent, sheds or reservation huts. You can also explore the area by bike, horseback ride or rock climbing.

The Finnish Nature Center Haltia, located next to the national park, offers an opportunity to get to know the biodiversity of Finland in a memorable building.

The WeeGee Exhibition Center in Tapiola operates in the former printing house of the publishing house Weilin & Göös. The premises house the Museum of Modern Art EMMA, the Espoo City Museum KAMU, the Futuro House, Studio Suuronen, the Finnish Clock Museum and the Finnish Toy Museum Hevosenkenkä. One day is not enough to experience everything, with exhibitions, workshops, guided tours and fairy tale sessions and events for the little ones in the family.

It is also worth visiting the magnificent Akseli Gallen-Kallela Museum . The artist designed and built the Tarvaspää studio home on the shores of Laajalahti in the 1910s, and it was opened as a museum in the 1960s. The beautiful bright building showcases both the artist’s production and personal artefacts, and there are also changing exhibitions on display. The café-restaurant in the courtyard is housed in an old wooden villa that belonged to Alberga Manor in the 19th century.

The Espoo Cathedral serves as a monument to the city’s building history. The church is the oldest surviving building in the city, and its oldest parts are from the late 15th century.

THE BEST OF ESPOO

You can visit Nuuksio National Park in Espoo, for example, on a canoe trip.

The best shopping destinations in Espoo

The most interesting cultural sites