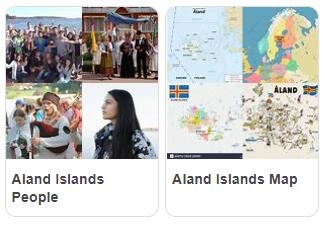 Aland. The election to the Lagting in October was a great success for the Social Democrats of Åland, while the Liberals lost most and lost government power. The Social Democrats doubled the number of seats from 3 to 6, and the Liberals went back from 10 to 6 seats. The largest party, however, became the Center, which increased with a mandate to 8.

About 4/5 of the Lagting consisted of bourgeois parties, but the voting magnet, the election winner and Social Democrat Camilla Gunell, 41 years old, got the post as county council. In doing so, she became the first Social Democratic head of government in the history of Åland. Gunell formed a new provincial government with his own party as well as the Center, Moderates and Unbound Collection. Of the seven ministers, four were women and three men. The coalition had a majority with 21 of the Lagting’s 30 seats.

During the year, Åland, which receives its electricity supply from Sweden, was promised state Finnish support for the plans for an electricity cable to Finland’s mainland as well. The Finland cable is estimated to cost the equivalent of SEK 1.1 billion and is intended to secure reserve power in the event of a breach of the Swedish cable.

When Finland’s President Tarja Halonen visited Åland to open the newly elected Lagting, she expressed concern that Åland’s youth would rather study in Sweden than in Finland. As a result, they do not get to know the Finnish administration, Halonen noted.

The disputed Finns’ controversial MP Teuvo Hakkarainen ended up in the hot air during the fall after a statement that gays, lesbians and Somalis could be placed on Åland and form an ideal society there. Hakkarainen claimed that he was joking but was given a warning by his own parliamentary group. Åland’s MP Elisabeth Nauclér explained that everyone is welcome to Åland, including Hakkarainen, but that the move should be voluntary.